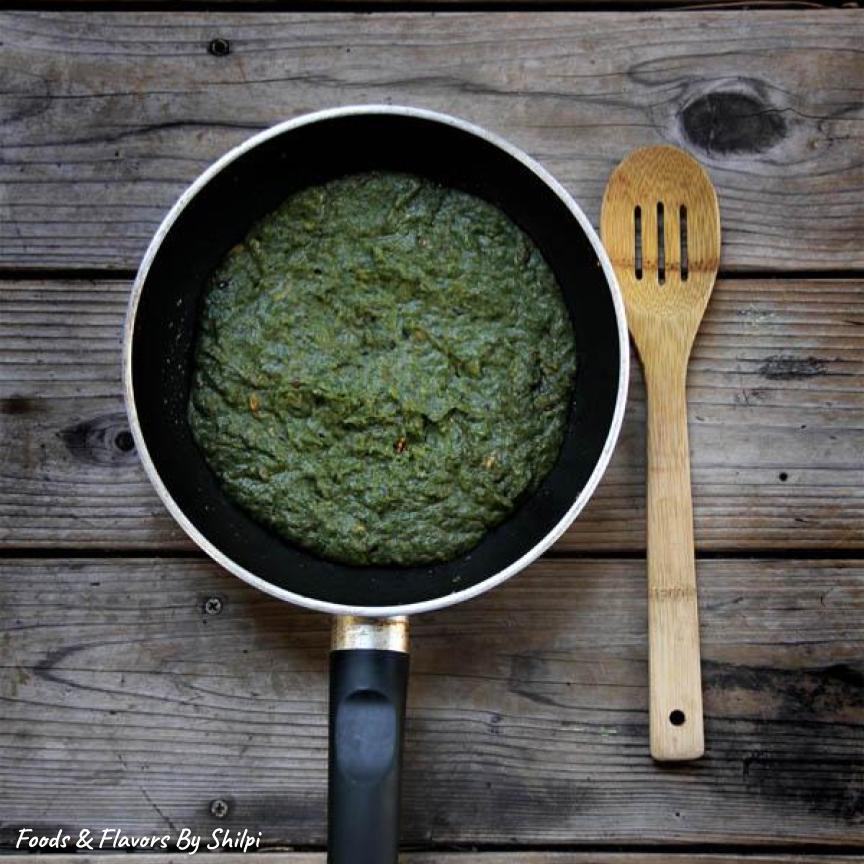 Broccoli Spinach Saag: Sarson ka saag is a famous dish often made in North Indian and Punjabi homes which goes very well with makke ki roti and missi roti. To give it little twist I made broccoli saag. Sometimes if mustard or sarson is not available in the market and one craves for Sarson ka saag then this Broccoli spinach saag could be a very close substitute and handy option. This delicious saag tastes nothing less than sarson ka saag. In US (and many other countries) broccoli and spinach are available year round so making this broccoli spinach saag is pretty convenient. Broccoli is one of my favorite veggies which I make in many ways. Sometimes I just saute it with garlic, herbs and oil, sometimes I make mix veg paratha with it, sometimes mix veg and sometimes this Broccoli spinach saag. Broccoli is always there in my fridge year round. Saag just means pureed greens. It can be practically made with any green vegetable. Today I am going to make this very simple saag with combination of broccoli and spinach. Broccoli spinach saag is mainly made in three parts. First the broccoli and spinach is pressure cooked, then grinded to a coarse mixture and finally saag is added to the tadka. In making this  Broccoli spinach saag I used full broccoli including its stems. I always prefer using fresh spinach for making this saag but if you are using frozen spinach, use only 1 cup of frozen spinach that would be equivalent to 2 cups of fresh spinach.

In making this broccoli and spinach saag it is important that after boiling broccoli and spinach they should be grind coarsely. If it is grinded like a paste the taste and texture of the saag will change. For the tadka I used olive oil but you can always use ghee instead of oil. I like to coarse grind ginger, garlic and chilly with my stone. You can also use mortar pestle to do that or even a grater. The idea here is to make a coarse mixture and not a paste.

I like to serve this broccoli spinach saag with a dollop of butter on top. Enjoy it with regular chapati and rice or make makki ki roti for the best taste. 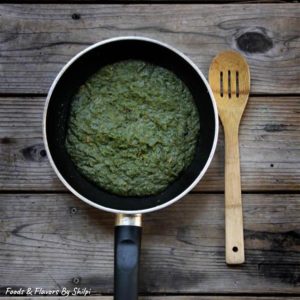 Keyword main course
Tried this recipe?Let us know how it was!